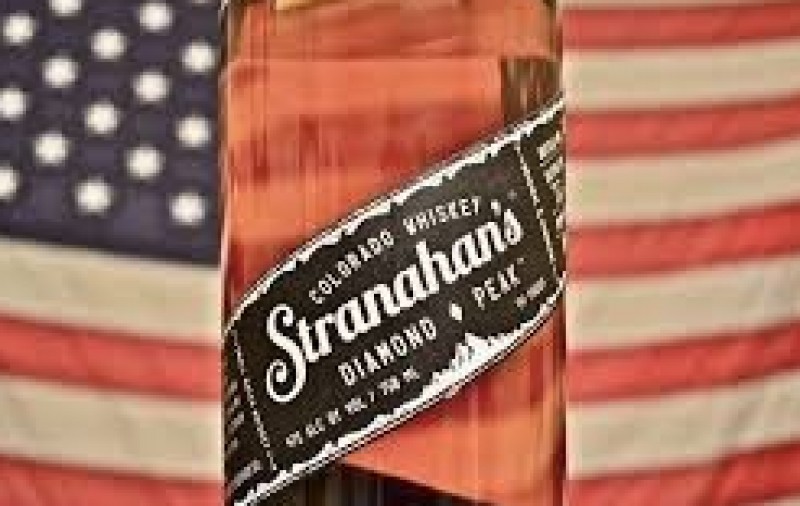 Denver-based Stranahan’s Colorado Whiskey, which we did an extensive profile of earlier this year, is one of the more well-established craft distilleries out there, with their first release in 2006 being among the earliest craft spirits made in Colorado. Their flagship product, Stranahan’s, is a single malt whiskey distilled onsite and aged in charred new white oak barrels for two to five years. Its bold flavor profile has won a lot of fans over the years, and after scaling back distribution in 2011 it appears to be returning to more markets across the US.

Nose: This is a really juicy, fruity aroma. Notes of melon, off-dry Riesling, clove, and plum sit on a warm grainy backbone for an effect something like a fruit cobbler or fancy breakfast porridge. The malt character is easy to detect with an almost beery richness, and there’s a pleasant bit of metallic, air conditioner-like ozone in the finish that keeps the whole thing from being insipid.

Flavor: More grain character comes through in the palate along with richer toffee and leather that you’d expect from an older bottling. The metallic note from the nose also carries through here in the form of a wine-like minerality. There’s a very sweet, creamy quality to the spirit that’s reminiscent of my two favorite childhood movie theater candies: milk duds and Charleston Chew. The finish is long, mild, and low on wood astringency, instead offering a lingering note of raspberry and honey. It’s an intriguing combination.

Score: 91 points.  This is just straight-up yummy, without the caveats usually required for a younger craft whiskey. The intensity of the standard label has been turned down a few notches, resulting in a slightly more approachable, nuanced spirit. $70 a bottle isn’t cheap, but it would be a great entry point to the world of high-end American craft for a loyalist from the big-name Scotch or bourbon camps, since it shares some qualities with each.