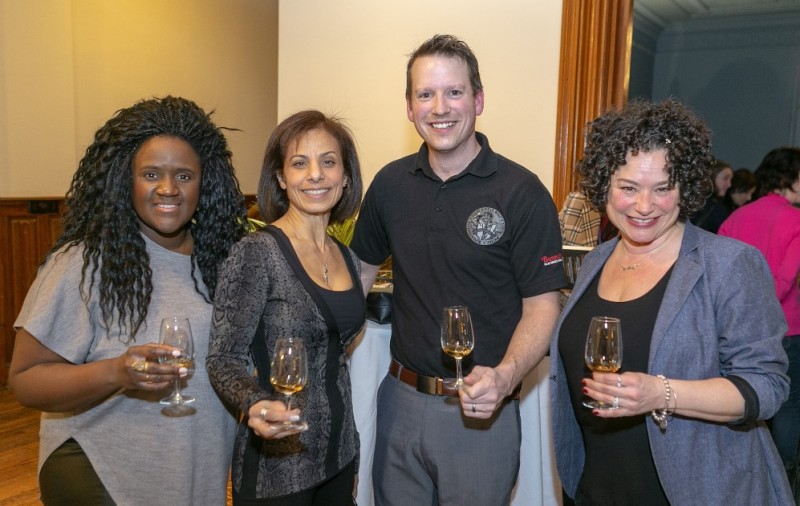 SOLD OUT, Thank You!

ONE OF Stuart Brown Ambassador Colleagues

will persent this year!

Join DIAGEO National Whisky Consultant (TBD) to learn about the DIAGEO collection of Whiskies.  A great opportunity to sample Black Label, Singleton 12, Lagavulin 8 and Cadhu, some of the finest whisky from the Diageo Portfolio.

Joey will be presenting two masterclasses, purchase tickets to both for a complete experience!

Apologies for this Last-minute replacement

Bryan Simpson has been a part of the Scotch Whisky community for over a decade, both in his native Scotland and his new home of Canada. Born in Glasgow, but now living in Toronto, he has ignited thousands of Canadians’ passion for Single Malt before being appointed Canadian Brand Ambassador for Ardbeg and Glenmorangie.

Back in Scotland, Bryan combined his love for the Highlands with his whisky tasting zeal and formed a whisky club that experienced Scotch in the heart of Scotland’s wilds. His well-honed palate was developed pairing whisky drinkers with their perfect dram where he gained a reputation of hosting engaging presentations to both those new to Scotch and experienced malt enthusiasts.

Bryan’s obsession with Ardbeg and Glenmorangie is not just what’s in the glass, but the history of both brands and how it ties to Scotch Whisky as a whole. His interest in the scientific aspects of Scotch making is clear, but just as important to him is the social world that exists around his favorite drink and how it brings people together.