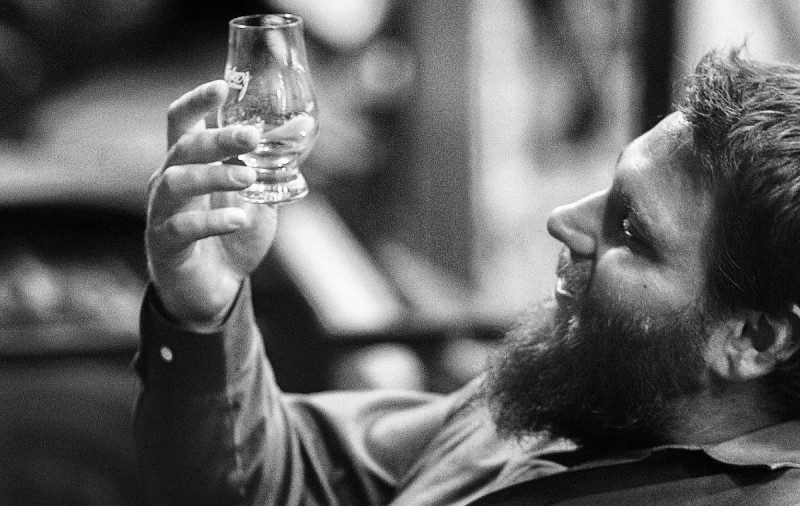 Experience the taste and Sound of Islay as Bunnahabhain Brand Ambassador, Mike Brisebois guides you through Bunnahabhain Distillery's award-winning drams. From the gentle, un-peated dram that is Bunnahabhain 12, to the rich and robust Bunnahabhain 36 Year Canasta Finish, let your senses journey to Bunnahabhain on an interactive experience that you will never forget.

Each ticket includes a variety of Milestones Award Winning Appetizers!

Attendees will be tasting six expressions including the Bunnahabhain 1980 Canasta Cask Finish!

About the Bunnahabhain 1980 Canasta Finish

Bunnahabhain was once ruled by the sea; until 1960, all our deliveries arrived by boat. Today, the waves bring a very different cargo – crew and passengers venturing ashore, often from stunning ocean-going yachts. Their destination: our famously welcoming Islay Single Malt Scotch whisky.

The 1980 Canasta Cask Finish breathed in our briny coastal air for almost four decades, first in casks that held oloroso sherry, then in perfectly sweet Canasta sherry oak — the very essence of our coastal distillery.

Mike’s passion for whisky began fifteen years ago when he tasted that magical first drop of single malt Scotch. The magical flavors locked inside that special bottle caught his attention!

It all flourished from there. Mike began his whisky journey, venturing into all aspects of history locked within this traditional spirit. With being seen as a source of timeless knowledge by the vibrant members of Canada’s whisky community, Mike founded a whisky club, was a Judge for the Canadian Whisky Awards and after numerous tastings he found his calling to be a Scotch Whisky Brand Ambassador.

The Whisky Explorer was born.

A little over five years ago he had his first taste of Bunnahabhain. The explosion of flavors sparked his curiosity for the iconic helmsman and the brand. In true explorer fashion he set out on his latest whisky adventure!

Today, Mike travels Canada from coast to coast, spreading his love and passion for Bunnahabhain, Deanston and the treasure trove of Tobermory whiskies.

Upon first meeting Mike, his boundless passion for these spirits and the men and women who create them shines as bright as a lighthouse on the stormy Scottish seas.

Mike’s first pilgrimage to Scotland was in the spring of 2016. His fondest memories are of enjoying a dram of Bunnahabhain 18 year old while overlooking the ‘Sound of Islay’. Mindfully sipping, all the while enthralled in the crashing of the ocean waves upon the shores of the island of Islay, nestled on the banks of the Bunnahabhain distillery.

What you can expect from him?

“A Whisky Explorer at heart, and fountain of whisky knowledge. I am often found regaling guests with stories of the people behind the whisky, those who dedicate their lives to the creation of the perfect dram.”